Dreams of ‘Beverly Hills’ crushed as oil crashes below zero

Come and listen to my story about a man named Jed
A poor mountaineer, barely kept his family fed,
And then one day he was shootin’ at some food,
And up through the ground come a bubblin’ crude.

Well the first thing you know ‘ol Jed’s a millionaire,
The kinfolk said “Jed move away from there”
Said “Californy is the place you ought to be”
So they loaded up the truck and they moved to Beverly 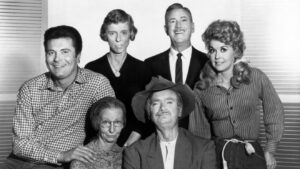 If Jed Clampett stumbled upon a gusher of crude oil recently, he wouldn’t be a millionaire moving his family to Beverly Hills.  In fact, on April 20 the price of oil turned negative for the first time in history, meaning he would actually have had to pay someone to take his oil.

In the days leading up to April 20, a “perfect storm” hit the crude oil market as a poorly designed and misunderstood financial product engineered in a lab and marketed to allow “Mom and Pop” to speculate on the direction of crude oil prices collided with the harsh, real world of physical oil and storage.

Second, a price war between Saudi Arabia and Russia erupted in March, which further flooded the market with unneeded oil.  The 23 “OPEC+” countries agreed on April 12 to curtail production by about 10%, or 9.7 million barrels/day, but the cuts don’t go into effect until May 1 and only address about one-third of the decline in demand.

Third, the world is rapidly running out of storage capacity.  Land-based tanks are filled to the brim and there are millions of barrels of crude and refined product being stored in ships parked offshore.

What do you do if nobody wants to buy the crude oil coming from your well and there’s no place to store it?  You can’t just dump it on the ground or flush it into the ocean.  You also generally can’t just turn off the spigot and “shut-in” the well, lest you risk permanently losing production from the well.

The answer is you might actually have to pay someone to take your oil.

Wall Street is great at creating financial products, which are packaged and sold to often unsophisticated and unsuspecting investors.  Proving once again that a little knowledge can be a very dangerous thing, the United States Oil Fund (ticker USO) was launched in 2006.  An exchange-traded fund (“ETF”), USO was “designed to track the daily price movements of West Texas Intermediate (“WTI”) light, sweet crude oil.”

In short, USO was marketed as an easy-to-trade way to bet on the direction of crude oil prices.  Anyone with a brokerage account could play.  Indeed, as WTI crashed from its 2020 peak of $63.27 on January 6 to the high-teens, speculators betting WTI had bottomed (and dreaming of moving to Beverly?) plowed $1.6 billion into USO in the week ending April 17, its best sales week ever.

WTI futures contracts trade on the CME’s NYMEX exchange and obligate the buyer/seller to take/make physical delivery of WTI (1,000 barrels = 42,000 gallons/contract) at the pipeline terminal in Cushing, OK on a specified date.  Hedgers use futures as insurance to protect against future adverse price moves on the value of oil-related assets they produce or need.  Speculators use futures to bet on price movements.

There were two major problems.  First, since prices for WTI are generally higher for the next contract (what’s known as “contango”), USO was perpetually selling the expiring contract cheaper than it was buying the next contract, a sure fire recipe for losing money.  Second, USO grew to the point it owned about 30% of the contracts.

When the market knows a 30% owner has to sell just prior to expiration, the sharks smell blood.    On April 20 (one day prior to the May contract’s expiration), the contract closed at minus $37.63/barrel.  Yes, if you were in a position to take delivery of 1,000 barrels of WTI (about five tanker trucks’ worth) in Cushing on April 20, you could have had both the oil and a check for a cool $37,630!

Passively-“managed” products can be fine, as long as they are just following prices in whatever market they are tracking.  However, as USO illustrates, if they become big enough they become the market and are the one setting prices, it’s dangerous.  Indeed, USO has lost more than 90% of its value in fourteen years.  Look out below!